gamescom 2020: Record Participation Online and An Even More International Audience

gamescom (August 27th to 30th) was pioneering in many respects in 2020: taking place purely digitally for the first time due to the corona pandemic, the world's largest event revolving around computer and video games set new standards this year in terms of the concept, content, and with regard to reach. Many new shows and offerings from 370 partners and supporting events captivated millions of gamers from more than 180 countries in front of their screens. More than 2 million simultaneous spectators alone followed this year's gamescom: Opening Night Live, the opening show with and by Geoff Keighley. The show is thus the most-watched digital event of the trade fair industry worldwide and  among the top three of this year's international event live streams of the games industry. Broad interest in gamescom was also evident in social media: two hashtag challenges by partner TikTok alone generated a total of around 300 million views by the end of gamescom 2020 on Sunday night..

Gerald Böse, President and Chief Executive Officer of Koelnmesse GmbH:
"With gamescom 2020, we have created a fully-fledged, global event that has brought the games industry together. We promised that we would be hard to miss during the four days - and we delivered. We are very pleased with how well the digital concept was accepted this year. At the same time, we take the community feedback very seriously, saying that celebrating, playing and sharing emotions together on site makes gamescom so very special. That's why we're already looking forward to being able to offer a 'complete' gamescom experience here in Cologne and on the Internet again.

Felix Falk, Managing Director of game – The German Games Industry Association:
"A strong signal originates from gamescom and the games industry in 2020: despite the corona crisis, millions of fans worldwide were able to experience hundreds of games, long-awaited new products, entertaining shows and surprising promotions in the context of the first digital gamescom. This involved challenging preparation for all participants, and many partners had to overcome great obstacles in game development in some cases. Despite the extraordinary situation, we achieved many goals entirely in keeping with the spirit of this year's guiding theme of 'Playing into the future', set new records and further developed gamescom in large steps. I am already looking forward to gamescom 2021, as the world's largest games event, both on site and digitally."

gamescom 2020 is more international than ever
From Australia and Algeria through Spain and Sierra Leone to Uzbekistan and the US – visitors from every region of the world met for gamescom 2020. They came from a total of more than 180 countries; a clear increase in comparison to the physical visitors from more than 100 countries in 2019. The top 10 countries with regard to digital visitors were as follows: Germany, USA, the United Kingdom, Turkey, Brazil, France, India, Netherlands, Austria, and Poland.

Positive response on all social channels
Without the coming together on site, the social media channels played an even greater role in the networking of the community in 2020. At Twitter, the #gamescom2020 hashtag trended for several days in several countries including Germany and the United States, while public viewing was offered for the first time on Discord, and the new cooperation with TikTok was also very well-received by the community: the content of the two hashtag campaigns entitled "Heart of Gaming" and "Well Played 2020", launched just for gamescom, was viewed around 300 million times in a period of only three weeks.

Also a broad program for the trade public online
devcom, the B2B platform for developers and their ecosystem, also took place this year completely online. As the "devcom digital conference", the event brought together the international developer community and in this way also created a digital space for gamescom trade visitors. Participants from more than 1,000 companies met in around 3,200 online meetings. On the whole, more than 450,000 spectators followed the devcom content.

About gamescom
gamescom is the world’s largest event for computer and video games and Europe’s largest business platform for the games industry. In 2021, gamescom is planned as a hybrid event both on site and digitally from Wednesday, August 25 to Sunday, August 29. gamescom is jointly organized by Koelnmesse and game – the German Games Industry Association.

Downloads attached to this press release
gamescom 2020: Record Participation Online and An Even More International Audience 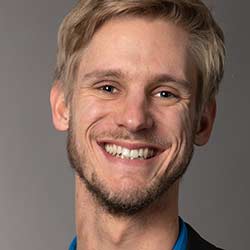