gamescom 2017 beats its own record: more than 350,000 visitors celebrate "The Heart of Gaming"

More area, more exhibitors and now this: more visitors. gamescom 2017 ended on 26 August with a new visitor record. From 22 to 26 August, a total of more than 350,000 visitors from 106 countries came, including estimates of the last day of the trade fair, to the world's largest event for computer and video games. This means that gamescom 2017 for the first time also beat the "100 country mark" for visitors and impressively underlined its international importance. With 30,700 trade visitors, gamescom registered slight growth in comparison with 2016 and thus confirms its position as Europe's number 1 business platform of the gaming industry. Also in terms of numbers of exhibitors and internationality, gamescom 2017 set new records: 919 exhibiting companies (+5 percent) from 54 countries were represented in the Cologne exhibition halls. The foreign share of exhibitors was 72 percent. The accompanying conference programme, including the gamescom congress, the e-sports congress SPOBIS Gaming & Media, as well as the new developer event devcom, rounded off the week perfectly. gamescom was opened for the first time by Chancellor Dr Angela Merkel.

More gaming isn't possible: gamescom 2017 convinced once again with an exhibition offering across platforms. In a once again expanded gross area of 201,000 square metres (+4 percent), console, mobile, online and PC gaming, virtual reality and e-sports, as one of the top themes, ensured enthusiasm among games fans from around the world. In addition to the spectacular presentations of the exhibitors, the social media stage powered by the BMVI (Federal Ministry of Transport and Digital Infrastructure), the cosplay village, ther gamescom campus, family & friends, as well as many more outdoor and indoor actions were popular meeting points for visitors. Canada was the partner country of gamescom 2017.

"We are excited. gamescom 2017 set new standards and a new visitor record. More than ever, it proved its exceptional, worldwide importance as a 360 degree experience event and a leading communications platform for current and future themes of the computer and video games industry. We are very satisfied and are pleased that we were able to offer trade and private visitors the fascination of digital entertainment here in Cologne in this extraordinary form."

"gamescom 2017 was a success at all levels. The new record for visitors and the number of exhibitors, as well as the renewed increase in internationality impressively underline the status of gamescom as the world's largest event revolving around computer and video games. The opening by Chancellor Dr Angela Merkel, as well as the Election Campaign Arena with its top class panel emphasised both the unique success of gamescom and the considerably increased recognition of games as an important economic factor, provider of impulses for innovation and cultural asset."

The gamescom congress is also on a growth course: 850 trade visitors, and thus more than ever before, didn't think of missing the sold-out conference, which is viewed as a think tank for games and digitalisation. In the conference programme, 114 speakers from Germany and abroad provided insight into the current developments and the future of digital games in the fields of knowledge, business, gamification, law and life in a variety of talks and panels.

The new SPOBIS Gaming & Media event also convinced in every respect. More than 700 participants from the sports, media and e-sports branches made use of the opportunity for the informative exchange of ideas and intensive networking. The themes of the congress are oriented to the interface of e-sports/gaming and the sports business.

The gamescom week started with devcom. The game developer event attracted more than 3,000 visitors to Cologne for the premiere. 140 sessions on ten stages and 200 speakers enabled unique insight into the world of games development and a look into the future of the games industry. In addition to classic conference elements and workshops, especially the public keynotes ensured full halls and great enthusiasm among gamescom visitors. In 2018, devcom takes place from 19 to 23 August in Cologne. 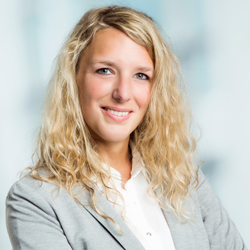 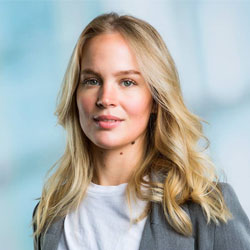